The amount raised was split evenly between five local charities. Each charity received $7,734. 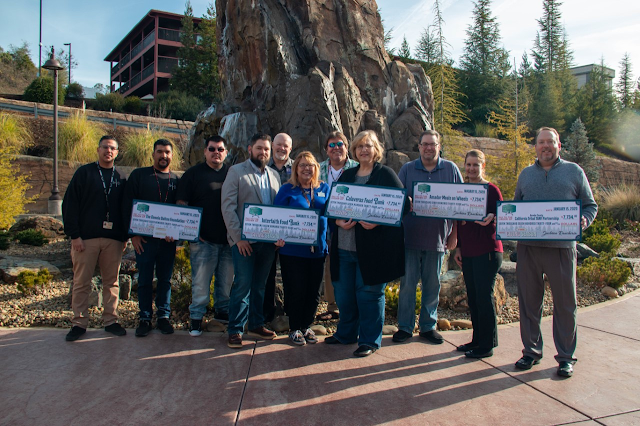 “The amount of money raised is a testament to the generosity of our loyal guests who shared their winnings,” said Crystal Jack, CEO Jackson Rancheria Band of Miwuk Indians. “All of the beneficiaries are non-profit organizations that help those in need in our community.”