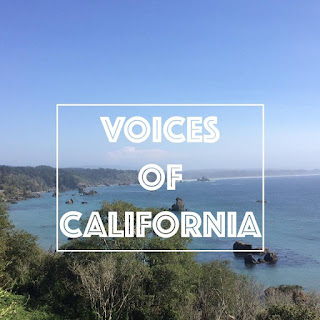 Current research trip is seventh since project’s launch in 2009; past trips to Shasta, Merced, Kern, Sacramento, Salinas, Humboldt, and San Bernardino counties have documented the diversity of language and life in smaller agricultural and coastal communities across California.

AMADOR COUNTY, CA -- Researchers from Stanford University’s Department of Linguistics will visit Amador County this September to conduct interviews with residents of the area. The group of around fifteen researchers consists of both faculty and graduate students, all of whom are part of a multi-year research endeavor called Voices of California, which documents language and life across the state. During their stay, the researchers will conduct one-on-one interviews with over 100 natives of the area.

Penny Eckert, a professor of Linguistics and Anthropology, initiated the project along with two fellow faculty and several graduate students in linguistics. “We wanted to make sure California was represented as it is, rather than just the California you see on TV. There’s cultural and linguistic diversity across the state that doesn’t fit neatly into those California stereotypes we see over and over again in popular media.”

The great environmental diversity of California results in vastly different ways of life across the state. And the diversity of the state’s population brings a variety of linguistic influences to the dialects of California. The Stanford research team will be conducting interviews with lifelong residents of Amador County who are members of all ethnic communities that have been in the area for several generations.

“We’re interested in what it means to be and sound like a Californian”, says graduate student Lewis Esposito. “We've uncovered a range of perspectives in the different places we’ve visited, and the interviews we conduct with residents offer a window into the linguistic and social diversity of the state. This year, we’re extremely excited to be expanding our project to Amador County!”

In the interviews, which are recorded and last upwards of 45 minutes, interviewees are asked to share their oral histories and their perspectives on the community, the region, and the rest of the state. Interviewees also read a standard list of words so that pronunciations of the same set of words have been recorded for all participants.

The group will visit Amador County from September 9 to September 18, 2019. Native residents of the area who are interested in participating in an interview should visit the project website:
web.stanford.edu/dept/linguistics/VoCal/participate, call 209-256-9700, or email VOCAmador@gmail.com
On Facebook: https://www.facebook.com/StanfordVOC/

About Voices of California
Voices of California is a multi-year research endeavor conducted by Stanford University’s Department of Linguistics to study the social and linguistic variety of communities across California. To date, faculty and graduate student researchers have conducted over 800 interviews with lifelong residents of Merced, Shasta, Kern, Sacramento, Salinas, Humboldt, and San Bernardino counties. In these interviews, residents share their oral histories, including how they see their communities, their regions, and the rest of the state. Project researchers use these recordings to study ways of speaking across the state.