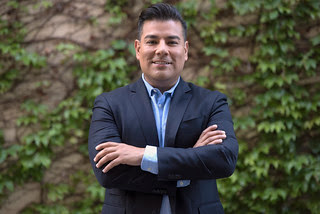 California Insurance Commissioner Ricardo Lara will be visiting Amador County in August. He will be the featured speaker at the Amador Democrats Annual Dinner on Thursday, August 15.

As the state’s Insurance Commissioner Lara leads the largest consumer protection agency in the nation.   His job covers the gamut of the insurance industry from regulating it to advocating on behalf of insurance consumers.  As a California State Senator, Lara expanded protections for disaster survivors from losing their homes to insurance cancellations and non-renewals. He wrote the nation’s first climate insurance law, SB30, to engage the insurance industry in the issues surrounding  climate linked environmental disasters such as wildfires and sea level rise.

The Democratic Central Committee welcomes Lara as the most knowledgeable  government official when it comes to the workings of the California Fair Plan, a bare bones Homeowners policy for those whose regular insurance is cancelled. 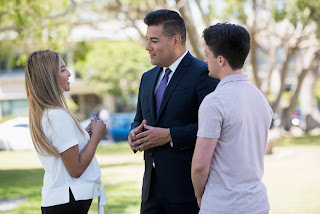 The local Democratic Party has been hosting their annual dinner since 2005 and has featured many prominent Democrats in the past including Toni Atkins, current President of the State Senate; Kevin de Leon, past President of the State Senate, Congressman and former Lt. Governor John Garamendi; former State Treasurer, Dave Jones; and current State Treasurer, Betty Yee.

The dinner is to be held in the Ballroom of the Jackson Rancheria on Thursday, August 15 at 6:00pm. Guests will also have an opportunity to meet the two Democratic candidates for Congress, Sean Frame and Brynne Kennedy.

Reservations are required and tickets are available from our website www.amadordemocrats.org or by emailing amadordemocrats@2gmail.com , or calling 209 257 1397.