A free concert will be presented by the 45-member Amador County Concert Band under the direction of Steve Chambers on Sunday, May 19th at 3pm. The program will be held at the Community Church of Pine Grove, 14045 Ponderosa Way, Pine Grove.

Join us for this wonderful free event. Doors open at 2:30 pm so arrive a few minutes early for best seating….ample parking…music begins promptly at 3pm.

Visit the band’s website at www.accband.org for additional information or to find out how to join the band. 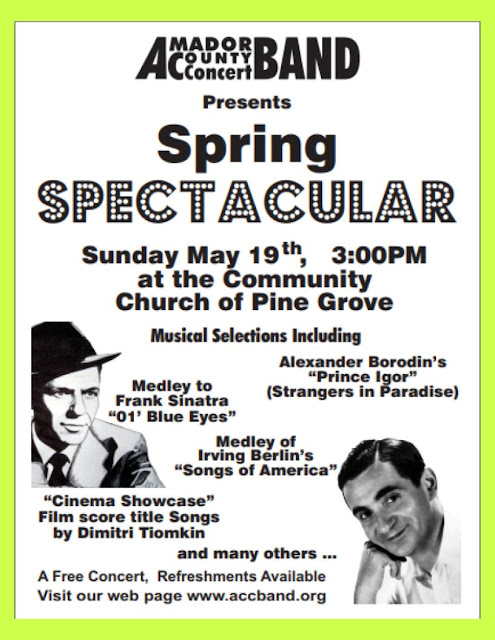 Posted by Carol Harper, Community Media at 6:47 AM