AmadorArts has paused its Thursday Open Mic Nights. Please make a note of this, if you were going to head to the Hotel Sutter for this popular free weekly event where performers of all levels and ages take to the stage and express their talents. The AmadorArts Open Mic will return just as soon as the right volunteer takes the responsibility of organizing, promoting, and hosting this family-friendly community event.

The first Open Mic Night was launched by AmadorArts Student Director Calena Reeves in the spring of 2016. The inaugural event was a collaboration with ACRA and was initially held monthly at The Hub in Jackson. Moving to many locations over the last three years, the AmadorArts Open Mic enjoyed a variety of venues including most notably Rosebuds Cafe and Hotel Sutter, who donated the space for this community event.

An Open Mic volunteer will love all kinds of artistic expression. This person will be a lover of music, visual arts, poetry, storytelling, dance, and the art of working the crowd as the MC. If you love this Open Mic, maybe it is the right volunteer task for you!  And who knows, the Oscars also need a host.

AmadorArts recently voted in two new members to its Board of Directors which now number 16, including three Student Directors.  The non-profit arts agency, in its 38th year, welcomed Troy Bowers, CEO of Amador County Fair, and Farren Holmes to the Board. Holmes is the new AmadorArts Volunteer Coordinator and is who those interested in the Open Mic spot should contact. She can reached by calling 209-256-8166 which is the number of the new location of the AmadorArts Center in south Jackson in the Mother Lode Plaza, 617 Highway 49, across from the Cinemas. You can also use email: amadorarts@gmail.com

Opened in December, the AmadorArts Center is a cultural hub, a place for music, classes, performances, gallery shows, meetings, drop-in creativity space, and all sorts of artsy things. It has a collection of art books and all the latest brochures of local and statewide arts-related events and more. The Center is for all ages and its direction will be guided by what the community wants. Located in the back southwest corner of the Mother Lode Plaza, convenient free parking is available. For more information, visit amadoarts.org 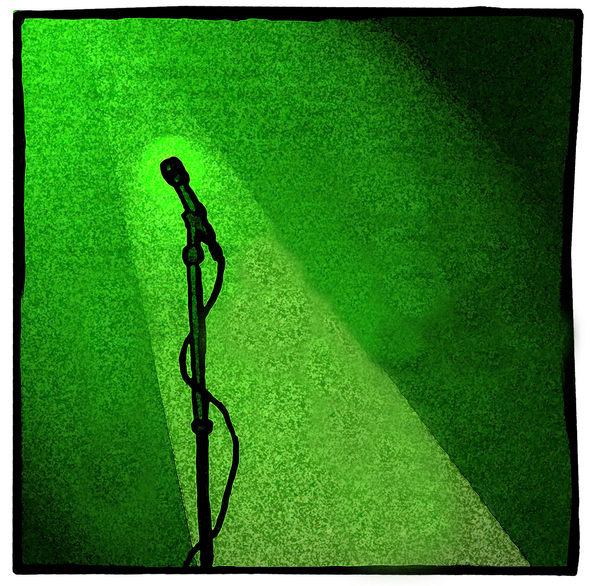 Posted by Carol Harper, Community Media at 6:16 AM