Saturday, February 23 at 7:00 p.m. Reed Turchi and his band take the stage at Feist Wines in downtown Sutter Creek. What began as an obsession with Mississippi Hill Country blues has become a burgeoning blues orchestra at the vanguard of a new American roots music. Raised in North Carolina, multi-instrumentalist Reed Turchi is a producer, label head, band leader and solo artist. He's also a master of guitar driven blues that shift seamlessly between acoustic slide, electric juke joint boogie, and the improvisational, groove-driven, massive sound of his Nashville based Kudzu Orkestra. His latest albums evince his ability to play elemental blues solo, and to lead entire improvisational orchestras on the very same theme. 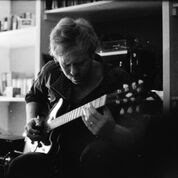 Reed has been lauded by Greg Vandy of KEXP as "a familiar reality in this time of cultural and political uncertainty" and praised by American Standard Time as "The sound of a new American music". Reed has been featured in Rolling Stone, American Songwriter, and Oxford American.

While visiting his grandmother’s deathbed she requested he play music. He noticed that many of his songs just did not lend themselves to playing solo. After her death he sought a return to his own roots. He locked himself in a room and recorded his album Tallahatchie over three days on a portable recorder. It's a powerful record which Reed describes as "an attempt just to get back to music I love, without all the musical-heartbreak that was closing in on me." The result is a music imbued with the inescapable cloud of despair that causes men to turn inwards. It is the blues.
Reed is as much a preservationist as he is an iconoclast.  The future of the blues looks a lot like the past. Whether playing alone or surrounded by a band Reed finds a way to get musicians involved. Certain players hold everyone else in their gravity pulling everyone around them into a groove.

Feist offers farm to fork wood fired pizza, artisan cheeses, charcuterie and wine.
General admission tickets are $10 and are available at the tasting room or at feistwines.com

Posted by Carol Harper, Community Media at 6:08 AM