Jackson, CA  (January 27, 2019) – This year, Main Street Theatre Works (MSTW) celebrates 25 years of producing theatre in Amador County. And this is our 16th year at the Kennedy Mine Amphitheatre in Jackson. We’re kicking off our 2019 Summer Season with the Ken Ludwig comedy, Leading Ladies, directed by Allen Pontes. 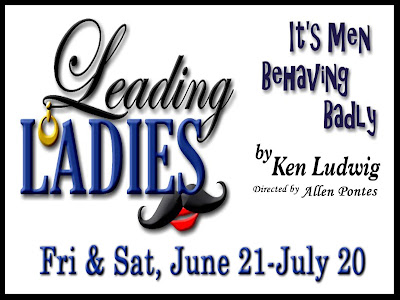 Actors, Jack (Scott Adams) and Leo (Rick Grant-Coons), find themselves so down on their luck that they're performing "Scenes from Shakespeare" at the Moose Lodge in the Amish country of Pennsylvania. When they hear that a millionairess in York, PA is about to die and is seeking her sister’s children, Max & Steve, to leave a bulk of her fortune, the boys resolve to pass themselves off as her beloved relatives and get the cash. However, they soon find out that the relatives aren't nephews, but nieces! But desperate times call for desperate measures. Also featured in the cast are Bethany Hidden, Kaitlin Richards, Earl Victorine, Maggie Upton, Scott Taylor, and Jason Kaye. Leading Ladies runs June 22nd - July 21st. 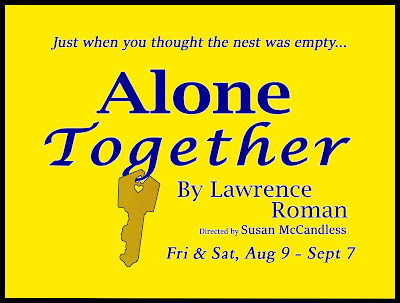 Our second summer show, Alone Together by Lawrence Roman, and directed by Susan McCandless, is a hilarious comedy for those parents who understand what it means to have "boomerang kids."  After 30 years of child rearing, George (Allen Pontes) & Helene Butler (Julie Anchor) are practically drooling with anticipation as their youngest, and last of three sons, drives off to start college. But dreams of carefree days and passion-filled nights are quickly dashed when eldest son Michael (Jason Kaye), followed by middle sibling Elliott (Eric Fawcett), take up residence in the bedrooms of their youth. Now mom and dad have to figure out how to push the birdies back out of the nest. Also in the cast are Conner Ohlrich and Rian Lombardo. Alone Together runs August 11th – September 9th.

Tickets available at the gate, Hein & Company in Jackson, or on-line at
www.mstw.org

Posted by Carol Harper, Community Media at 6:05 AM